Now the Lip Syncing App TikTok Got Banned in the USA

By grpliveSeptember 16, 2020Tiktok news
No Comments

We all know that in this age of technology, social media has a great impact on our daily life. It has changed the overall lifestyle of people across the world. The way the people used to communicate with the other has totally changed in this age of social media.

Also, there are a variety of social media platforms that are available for a variety of entertainment. As for example, there has been TikTok, for making short videos that have totally changed the entertainment industry.

This platform was mainly established with the view that there is an inherited need for every person to show off their skills, however, due to lack of opportunities or other reasons they are not able to express themselves. So, TikTok offers a platform for displaying and showing your talents, The talent could be anything ranging from Speech to Dance, much of the content is covered in the platform.

Hence, this platform has gained great recognition in the groups of today’s generation which utilizes most of its time on social media. Seeing this, many companies have come up with the same idea as that of TikTok and have entered into the business of Social Media.

Now, we know that TikTok is mainly a video sharing platform, which is owned by ByteDance, a company that is based in China. Now, in this Pandemic, the world is against China, and since ByteDance, the owner of TikTok is also a Chinese based company, the world including the USA has also started revolting against the Chinese Firms and TikTok is also a part of these.

BAN OF TIK-TOK IN THE US 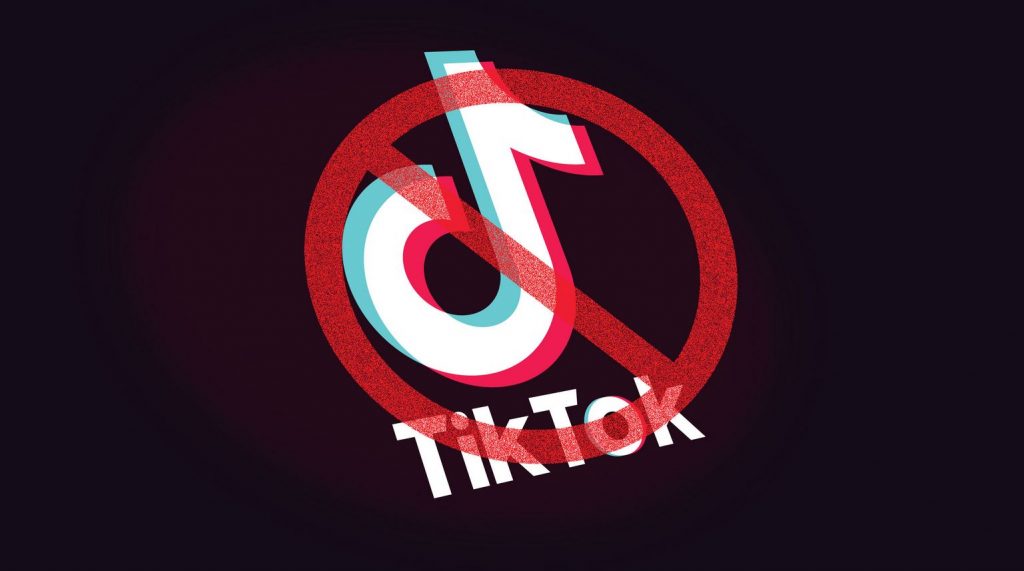 So, actually the USA has imposed an order banning ByteDance to provide any kind of service in the USA. The order banning is mainly based on the 1977 International Emergency Economic Power Acts. The act authorizes the US President to regulate the

economic transactions which involve declaring a national emergency in response to any kind of unusual, extraordinary threat to the country. This act was also previously imposed on Iran and the Democratic People’s Republic of Korea.

Also, the primary reason to ban the services of ByteDance across the US, was the suspicion that the data of the citizens of the US, is shared to the Chinese Government which is termed as ‘potentially’ harmful to the country. Also, one of the things was that the ban orders were processed without any due process. Mainly, popular social media platforms such as Youtube, Facebook, etc notifies the customers that they are using some of their data.

POTENTIAL REASONS FOR BAN OF TIKTOK IN THE US

However, some other social media platforms such as WeChat, TikTok, do not abide by such rules and regulations. It is due to the fact that the platforms such as TikTok, has a very complex algorithm which lucrates its users to use the app more often. However, since they do not inform the users about the personal information that they are storing, the company has allegedly led to the suspicion that the company shares the personal information to the Chinese Government.

Actually one of the things regarding the US is the fact that it wants itself to remain as the tech leaders in the world. The US also wants to maintain its global technology infrastructure and reputation by maintaining its position as the leader in high-tech, and that is one of the reasons why it has targeted TikTok.

Also, it has adopted a policy that technology startups will be provided with support in order to grow. For example, the US had said the European Union’s investigations into Facebook, Google, and Apple are done with an intention to curb innovation which means that the startups that have not given the support to the US-based tech-startups. But the same country also goes on forward to ban apps and companies that promote innovation, which belongs to other countries as for example in our case it is China.

RESPONSE OF TIK TOK TO THE US

In the response to the ban by the US TikTok has replied saying that in the field of technology, the US is desperate in taking the leadership of the field. Also, ByteDance has

filed a lawsuit against the administration of the United States for the ban of the app in the US.

Also, As of April, Douyin which is also created by ByteDance and the international version TikTok was one of the world’s most-downloaded non-game apps. This also could be a potential reason for the US to violate the rules