By grpliveDecember 2, 2019Uncategorized
No Comments

The TikTok app is today one of the most downloaded apps. With over a billion downloads and 70 million active users, the app is the latest in a long time to create such hype and funfair. The app, with its cutting-edge AI, has surpassed Uber in the number of downloads.

The TikTok app, with its short videos, is succeeding in creating such a craze among the netizens. The video can be made between 3 to 15 seconds. The app, with its creative content, has garnered a huge TikTok community worldwide.

The trends of TikTok

TikTok offers a variety of trends which includes lip-syncing videos, comedies, memes and duets, of which duet is the most trending.
Some of the trending hashtags challenges are:

Technically, TikTok started the #posechallenge to promote the app during the initial stages. The challenge was a massive hit among teens.

Reaction video was sustaining a momentum when TikTok dropped this #reacttothis challenge. The trend started to create such a craze among teens.

TikTok’s democratic approach to remix old videos with new ones inspired the users to get creative and bank up on the trend of reacting to the videos that were posted. Merging with Musical.ly also boosted the apps worldwide download. 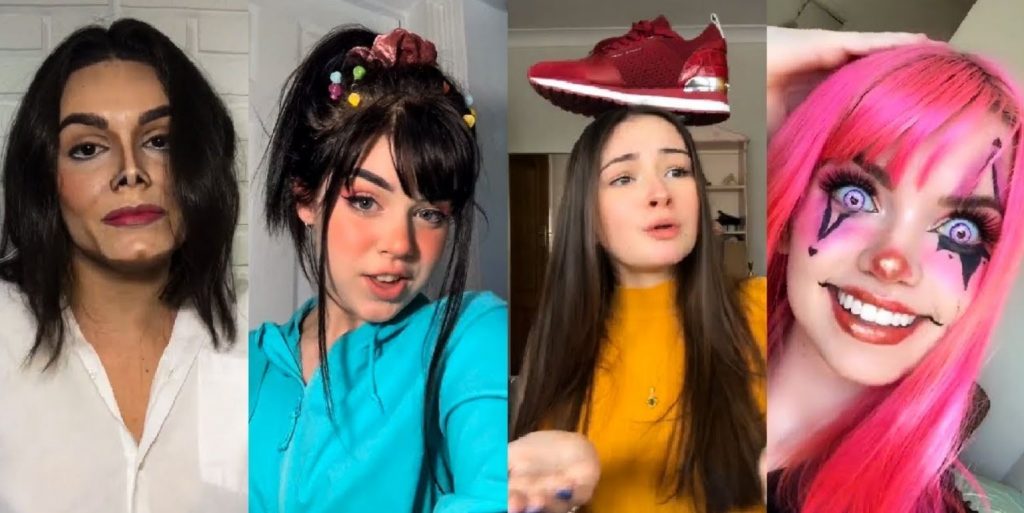 Halloween is such a craze around the world. With the TikTok app jumping into the Halloween wagon with the #octobermood challenge, the app showcased the user’s creativity. Spooky makeup and pumpkin carving and spooky makeup were the most trending videos.

TikTok’s creativity spectrum overrides one’s imagination. One such is the #pretendinstrument that has amassed a hilarious trending on the social media platform.

#oddlysatisfying trend is one of the top hashtags. The name itself suggests the phenomenon of watching odd videos such as crushing candles under a hydraulic press or as simple as watching cookie icing.

This particular hashtag challenge teens and the users to perform chaotic prank videos, while lip-syncing to ‘I just did a bad thing’ by Bill Wurtz’s.

From pint-sized miniature animals to everything tiny, this #tinythings challenge comprises of videos that show users pranking mates and peers. The prank usually involves a toy that the user uses to prank others into thinking that the toy contained actual food.

The idea behind the #ohhoney challenge was to use ‘oh honey’ as a precursor to something harsh news or devastating criticism. The video basically illustrates a person condescendingly delivering a devastating response.

The #area51 challenge actually began as a joke. The joke was about raiding Area 51 in order to free the aliens. It spread like a wildfire that the military, as in the US military held briefings. The hilarious thing about the briefing is that it was on the ‘Naruto run.’

Though the event did not turn out the way, it was expected to, however the internet along with the military definitely had a crazy time thanks to the joke.

The TikTok app, with its creative content, never ceases to amaze the social media world with its ingenious ideas. However, on the other side, some of these trending challenges have posed a threat to the users of the app.

Unrestricted use often has led to injuries, where one in the race to upload the trending videos fail to take into account the safety of oneself as well as others.